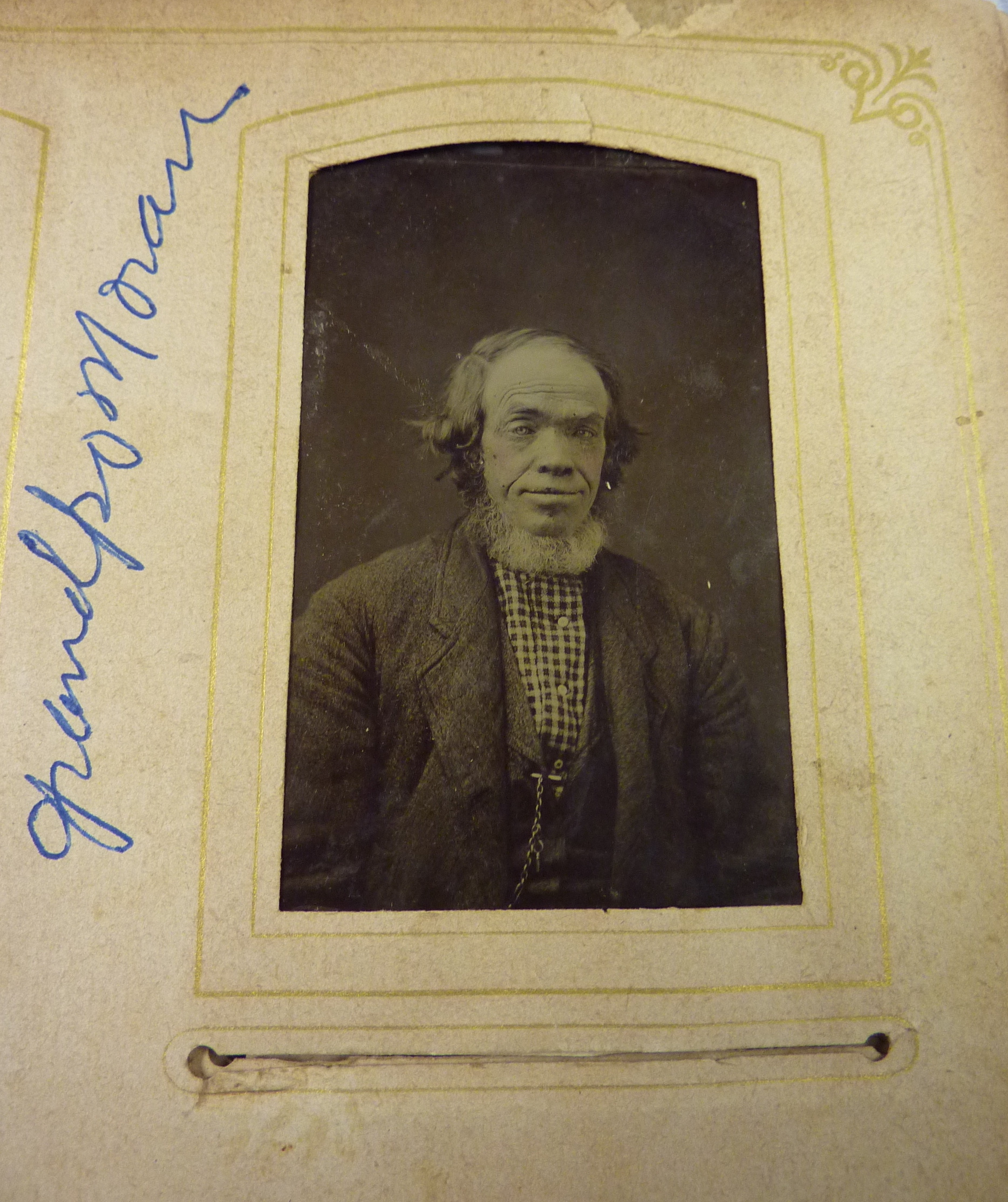 The sixth ancestor in my 52 Week Ancestor challenge is Robert MORAN. Robert is my wife’s 3rd-great-grandfather on her paternal side.

Robert is listed as being born about 1820-21 somewhere in Ireland to Robert & Mary Ann (KNOTT) MORAN, though a few naturalization indexes list this as England, United Kingdom. By 1845, he has traveled from Ireland and settled in Granby, Shefford, Quebec, Canada. Here he marries Dorothea COOK on 5 August 1845. Robert and Dorothea’s first three children are born in Quebec. After that, they travel around a bit, having a child in Illinois, then, Iowa, and finally settling in southwestern Wisconsin where my wife’s ancestor, Charles MORAN, is born in 1864.

Dorothea passes away in 1872 and Robert remarries to a Margaret (KEARNS) ENYART. Margaret happens to be another one of my wife’s 3rd-great-grandmothers. Though, they have no children together, so the branches of the tree stay pretty straight.

Robert is also part of my wife’s father’s Y-DNA line and he has taken a DNA test with 23andMe. The Y-DNA haplogroup for him, and so also Robert, is R1b1b2a1a2f*. The interesting thing about that haplogroup is that it is part of study of one of the ancient kings of Ireland:

Most of the men who carry this haplogroup congregate mostly in part of County Tyrone in Northern Ireland and a few more in County Mayo to the west. This may help with future research of this MORAN line.