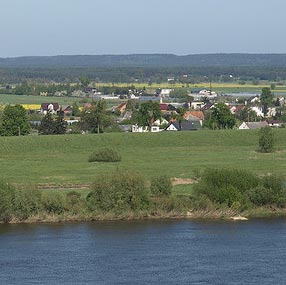 I had a Thursday off this past week, so I decided to visit one of the local Family History Libraries in the area. The last time I went I ordered some microfilm from the area that I had hoped my ZALEWSKI family originated. I was confused since they told me that it takes about six weeks for the microfilm to arrive and then they will send me my self-addressed postcard to let me know, but I never received anything. Six weeks from my last visit would’ve been sometime in May and it still didn’t arrive by August.

When I first arrived, I just double-checked some of the local Milwaukee church records for some more information and also to try to find Frank ZALEWSKI’s brother’s marriage record (Jacob to Pauline WONDKOWSKI.) Still no luck in finding that record. I had thought that maybe they got married at another church, but there were no other churches in the area with records back to 1891-92. Only St. Hedwig’s church had records that old from that area. Jacob and Pauline baptised most of their children there, but I could not find a marriage record. I’m hoping they didn’t get married before they came to Milwaukee since that would be tough to track down.

After lunch I got back and I asked the volunteer on site about my order. She was somewhat new, but she tried looking through all of the orders from the past to see if maybe it didn’t get sent out, etc. She then asked me to get the film number from the Family Search website and she’d look it up that way. Before I could sit and check, she found my order. In big letters written over the card it said, “Film already here. Needs refund.” I guess the film was already on-site when I ordered it, though the volunteer that day obviously didn’t help me check. Either way the news is great.

When  I first sat down to browse the microfilm, I wasn’t sure if it was the right place. It’s been so long since I originally ordered it. The title page said “Schwenten, West Prussia.” I had thought for some reason that West Prussia was more west, so I had wondered if this area was in present day Germany, not Poland. It was not and I was wrong, this was the right microfilm. I first went to try to find my great-great grandfather’s, Frank ZALEWSKI’s, baptism record in about 1858. I had no luck. Actually, as I was browsing I was disheartened by the fact that I saw no Zalewski or similar surnames in any of the listings. I was starting to think I had the wrong area. Then in about 1865, I ran across the surname “LINDNER.” Then I saw the baptism was for an Anna LINDNER. Her parents names basically matched the names I was given over a decade ago from another researcher. This was my great-great grandmother’s baptism record. She was baptised in Schwenten and her parents were Johan LINDNER and Eva SOŃEFELD (I originally had Eva Zemfeld.) Schwenten is now called Święte and it’s located in Gmina Łasin, Grudziądz County, Poland. (Google Map Link)

That was a refreshing find and it gave me hope for more finds. I only had a little over an hour before the FHL closed for the day. I ended up finding more siblings of Anna while browsing including her sisters Catharine, Josephine, Marianne, and Eva. I ended up finding Catharine and Josephine in marriage records in Milwaukee, so it looks like a lot of that family came here, too. That’s a new avenue of research. I also found the baptism records of Frank and Anna’s first three children: Martha, Angelika, and Elisabeth, all baptised in Schwenten. Elisabeth was named “Elsa” on the passenger list, but it seems she died not long after the voyage.

The kicker in my finds was the marriage record of Frank and Anna in 1884. All my notes always said they were married in Poznan, Poland, which is nearby but not that close. Obviously, it was pulling my research in the wrong direction. Their marriage records states that they were married in Schwenten on 2 Nov 1884. Frank is listed as Frank SALEWSKI. Sadly, no parent’s names listed. It lists Frank as residing in Gottschalk which is the location I found previously that pointed me in this direction. Gottschalk is now called Goczałki which is just south of Święte.

I also happened upon Anna’s parent’s marriage record for 2 Mar 1862. It also listed their ages so I was able to get approximate birth years. I found this right near the end so I will need to do more research when I have another chance. I will hopefully be able to keep going back generation by generation, though the records get tougher to read back then. Overall, it was an immensely successful trip. I have now pinpointed the origination location of my ZALEWSKI ancestors which is one of the big goals I’ve had for the last decade. Now comes the fun part of finding more information from that area.