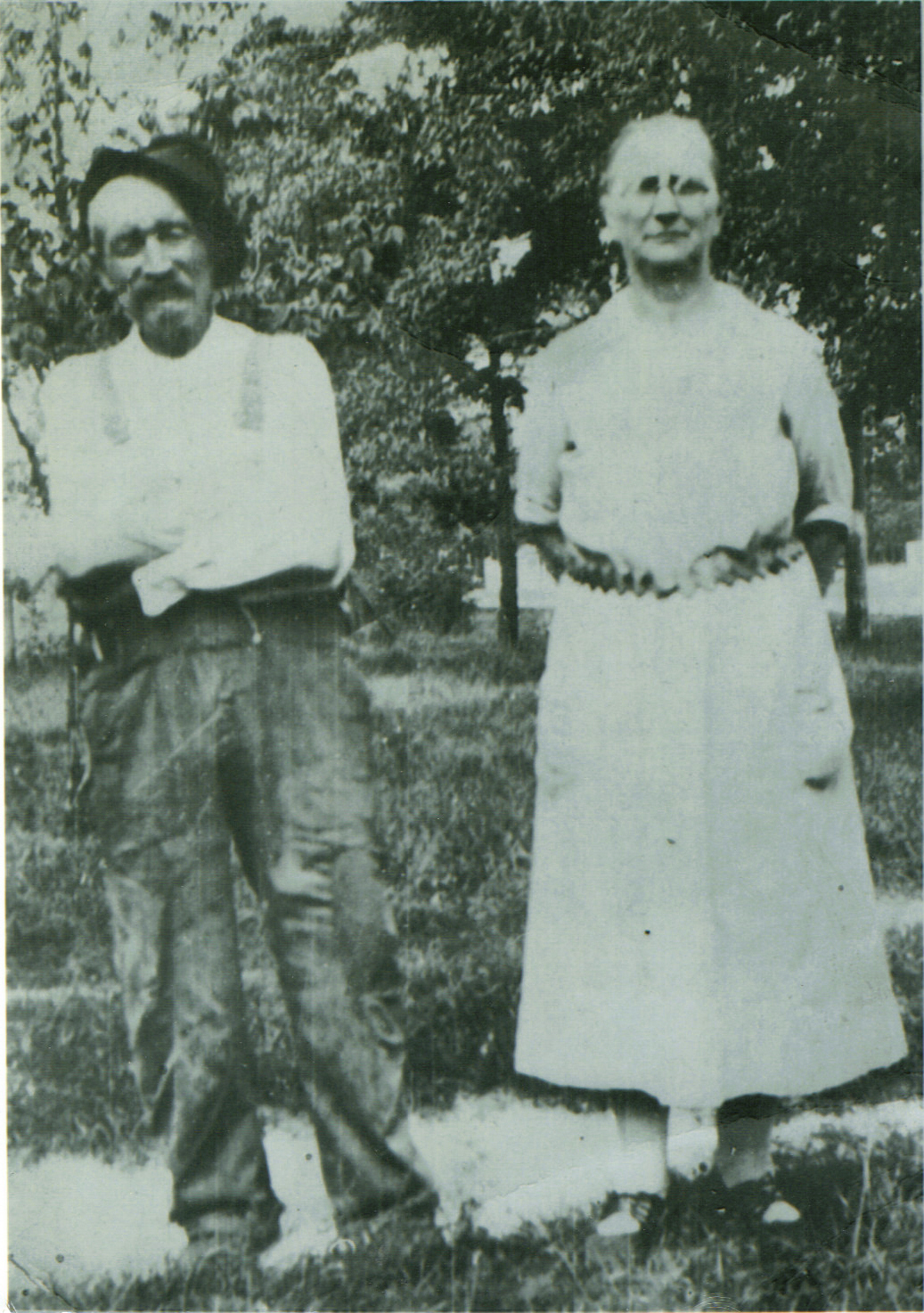 The twenty-third ancestor in my 52-week challenge is my wife’s maternal great-great-grandfather, Gustave Ferdinand Joseph GYRION.

Gustave was born 24 January 1858 in the village of Warisoulx in the Walloon region of the Namur Province of Belgium. His parents were Casimir GYRION and Desiree CALONNE. Sometime around 1877 or 1879, he left Belgium and settled in Wisconsin. His first marriage was to a woman named Millie DeWitte in about 1880. Millie died not long after the marriage and Gustave married Josephine FRANCOIS in about 1889 in Outagamie County, Wisconsin.

According to the note attached to the photo at the right, that is Gustave and his wife, Josephine, year unknown. It is also not known if Gustave always wore his hats on the side of his head, or if it was just a windy day.

On 25 August 1934, Gustave passed away in Plover, Wisconsin, leaving his wife Josephine.  He is buried nearby at the Plover Cemetery.

Genealogy of the States: California

The first state I plan to do in my Genealogy of the States theme is California. There are not a lot of California connections, but they do make an appearance a few times.

My wife’s great-grandparents, Henry & Luella (CLEVELAND) GYRION passed away in Sacramento, California in 1952 and 1969, respectively. One of her aunts and one of her uncles were also born in Sacramento around the same time period. Her mother’s family spent some time in that area before moving back to Wisconsin.

My great-granduncle, Henry “Hank” CORRIGAN and his wife Mercedes moved to California from Wisconsin. They both passed away in Sonoma County in 1954 and 1986, respectively.

My great-great-grandaunt, Leocadia “Lily” SZULTA and her husband, Ignatz URMANSKI, moved from Milwaukee to Los Angeles County, California and lived out their lives there. Lily died in 1969 and Ignatz in 1965.

There are no other major connections to California. View the full list of states here.

Here is a handy list of California records located to view for free on FamilySearch.

It’s time for another one of Randy Seaver’s Saturday Night Genealogy Fun posts.

According to my blog, it seems I did this line for myself already. Though, I will post it again in case something is more up-to-date. I will do my father’s line and also my wife’s line since I haven’t really inspected those before. Here is mine, first.

Unfortunately, my matrilineal line is one of the few lines in my tree that is somewhat short, though I have not done a ton of research on it. I have done a DNA test, so I do have my mtDNA information. According to the latest 23AndMe info, my Maternal Haplogroup in H11a. I have made my 23AndMe Maternal Line page public, so you can view more details there. It does match the German ancestry that I find in my research.

Next is my father’s matrilineal line, though there is no mtDNA haplogroup info since my DNA does not have that information. Only his DNA (or his sibling’s) would show that.