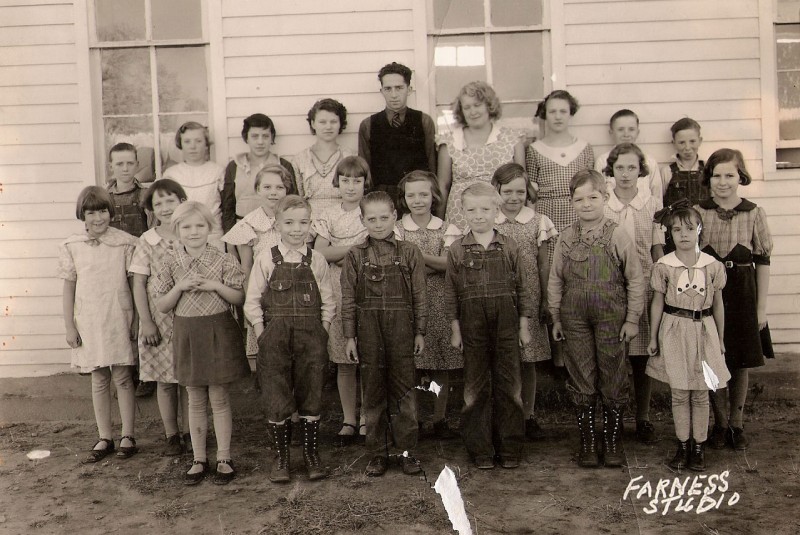 I came across a very interesting letter in my genealogy collection. I’m not really sure how I got it, but I assume it’s from my grandmother. It’s a letter written by my great-great Uncle Edwin Corrigan that he wrote to another relative. In the letter, he describes his life growing up in rural Ashland, Wisconsin and beyond. It’s a great first-person view into life in the country in the early 1900s. Unfortunately, Edwin passed away a few years ago as the longest living descendant of Thomas Corrigan, who came to Wisconsin from Ontario, Canada.

The letter copy I have is written on a typewriter, but a few months ago I transcribed it for my website and also for the Ashland County USGenWeb site as a donation. Here is an excerpt from it where Edwin describes his father’s passing and his older brother’s (my great grandfather) many jobs.

My dad, your great grandfather, died on July 25, 1915 at Ashland. Mother was in the hospital expecting the birth of Sadie ““ she was brought out to the house to the funeral. Funerals were from the homes in those days. I was 6, but can remember the casket and funeral, although I can’t remember going to the cemetery, which was just kitty-corner from our house ““ across the line into the city of Ashland.

At that time Maurice was 16 ““ he did some of the selling of the sand for that summer, then got a job with the Kellogg grocery store, delivering groceries, those were the horse and buggy days ““ he later got a job working in a saw mill at Odanah, 12 miles east of Ashland, later got a job as a night clerk in the Menard Hotel downtown Ashland. As each of our family members got old enough to work they did so. I recall that when I was 11 I got a job driving horse on a farm when they hauled in the hay ““ also had to help with the milking and chores. Henry was two years older than I and he got a job when about 14 working at Gingles farm, that is after he finished the eighth grade.

Later on I worked on the same farm for board and room while going to high school ““ in my senior year I got a job for the Molls where they had 125 colonies of bees, a five-acre orchard and a little garden, I stayed there the next two years while attending the Ashland County Normal to become an elementary teacher. Molls also raised about 300 turkeys each year.

We grew up with very little, but appreciated the fact that Mother was able to keep the family together. I recall that many night when we were about the heater stove, she would shed tears, as she didn’t know what was in store for her and the 9 children.

Very interesting stuff. I have put the complete letter online in my wiki. Read the whole Edwin Corrigan letter.