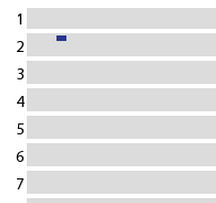 Last week, my wife received a message at 23andMe, which isn’t out of the ordinary. Since I handle our accounts, I checked the message. It was from a woman who saw that her and my wife were estimated to be 5th cousins, based on their DNA matching. That’s not that interesting, as most people have dozens, if not hundreds, of matches on the site. The interesting part is that she mentions that she was abandoned when she was born and has no idea about her parents or her ancestry. I told her that I was going to send her an invitation on the site to share genomes so that we could see exactly where her and my wife match. I told her I could plug that information into a spreadsheet I made that helps me keep track of the matches and to also keep track of possible common ancestors from those matches (I need to post about that at some point.) She shared her genomes and I entered her data.

I messaged her back and told her she was pretty lucky. She matched my wife on the 2nd Genome and it happened to be the same area as another match that we had determined a possible common ancestor. Based on the data, this ancestor was more than likely her ancestor, too. I sent her a link to my family tree site to John C Lant and told her that he was probably her ancestor. She was very happy since she said she didn’t have any other ancestors. Helping her out made us feel really good and I’m glad we could shed some more light on her mystery. It’s amazing what DNA can do.

If you’d like to read more about her situation, she sent me a link to a news story about herself titled A tale of an abandoned baby, a dime and a Lawrence laundromat.

Also, on the DNA front. I ended up ordering 2 more 23andMe kits during their price drop. I planned to give one to my father and one to my father-in-law to help give us more information on our genealogical matches and also get more info on their Y and mtDNA lines.

I chose the two fathers as they would give us the most information. For example, my mother would give me almost no more information (genealogically) since she would only have mtDNA info, which I also have myself. Even though my father has the same Y-DNA line as me, he will give me his mtDNA line through my grandmother. My father-in-law will give us  more information since my wife does not get his Y-DNA line so we will get that and also his mtDNA line. Another helpful thing is that we will now be able to split our results between mother and father since we will have one of them. This will help figure out which side of the family a DNA match comes from. My wife also has some Native American composition and we’re curious to see which side that came from.

Have you had any interesting things happen with your DNA results?

2 comments on “Helping to Solve a Mystery with DNA”