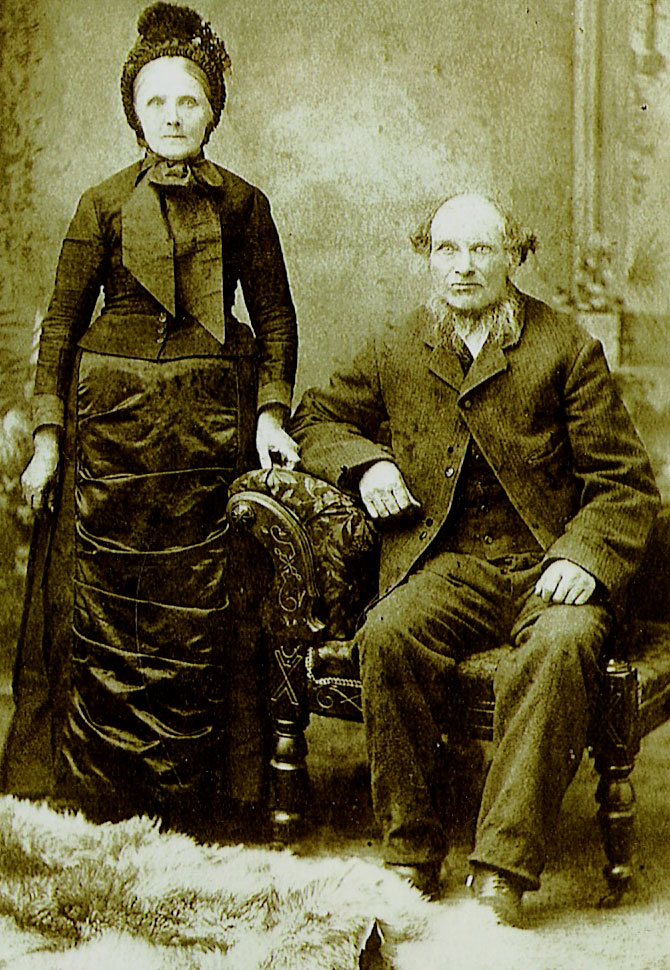 The seventeenth ancestor in my 52 week challenge is my paternal 3rd-great-grandfather, William “Curly Bill” CORRIGAN.

I don’t know exactly how he got the nickname Curly Bill, though I can only assume it was hair-related, but here’s hoping it was some other crazy reason.

There is some uncertain information on the birthplace of William. All of the information says he was born in 1823, but it is tough to pinpoint him. Many different records mention many different places, though most are in the same general vicinity. William was born not long after his parents, Michael John & Rose (NUGENT) CORRIGAN immigrated from Northern Ireland in about 1821. He is listed as having been born in New York, Pennsylvania, Illinois, and just the general United States. There is also some info that says that William was born during their voyage to North America. If he was born after the trip, my money is on either New York or Pennsylvania as history points to the Corrigan family possibly working on the Erie Canal as it was being built during this time and they used a lot of Irish workers. According to Wikipedia, “many of the laborers working on the canal were Scots Irish, who had recently come to the United States as a group of about 5,000 from Northern Ireland.” Sometime after William was born his family settled in the small town of Mara in Ontario, Canada.

William married Mary McCANN in November 1848 in Ontario. It is documented that they had about 12 children, their 3rd child being my great-great-grandfather, Thomas J CORRIGAN. Canadian census records indicate that William was mainly a farmer and lived in a 1-story, log home in 1861. The family was also Roman Catholic.

William passed away on 13 July 1876 in the Mara township. I am assuming he is buried in same cemetery in Uptergrove in that area along with a lot of the other Corrigan family members, but I have yet to find his headstone.