I probably didn’t pick the best day to do some more research at Holy Cross Cemetery in Milwaukee today. A wonderful “spring” day in Wisconsin, a windy 23 degrees with snow flurries. I also should have probably worn more than a sweatshirt, but it wasn’t all that bad. I did have a knit cap on.

Last night I made a list of all of the headstones I wanted to find at the cemetery, including some I already had. I wanted to get better quality photos. Well, the small list turned into two pages of entries, about 55 total. Thanks to the Archdiocese website, I was able to map (the general area) of where the stones were. I hit up the stones I really wanted to find first, the Gwiazdowski, Goralski, and Jacob Zalewski family. Once I found the section and started to walk the graves, I cursed myself for not wearing a larger coat. Though, once I found the collection of stones I forgot about the cold.

All of the stones were in one area in the middle of Block 4B. I caught the “Goralski” name on one of the large stones while walking. The way the graves were set up mostly solidifies the Gwiazdowski/Goralski/Zalewski connection, because Jacob Zalewski, Jr and his wife were on the same stone as the Goralski’s and Gwiazdowski’s. I know it’s not proof, but there are few reasons why else they would be on the same stone.

On the other side of this stone are August & Anna GWIAZDOWSKI and Jacob’s wife, Alice. That’s another notch in the connection that Mary is August & Anna’s daughter. Jacob, Sr & Pauline ZALEWSKI, along with their son Edward and his wife Kathryn were on the next headstone to the south.

Unfortunately, there wasn’t much but dates on the stones. I was hoping maybe for maiden names or birth places. It’s still more proof and it’s nice to finally visit their final resting place. I didn’t get to my whole list since the other sections were mostly all flat headstones and I didn’t want to have to walk in the snow and cold to try to find them. Even though I had pinpointed it to Section, Lot, and Grave number, it was hard to figure out where the specific Lots were.

I’ll come back later and get those photos once it’s actually spring here. My dad said he would also like to tag along, but he wasn’t feeling well today and it wasn’t a very pleasant day to go anyway. 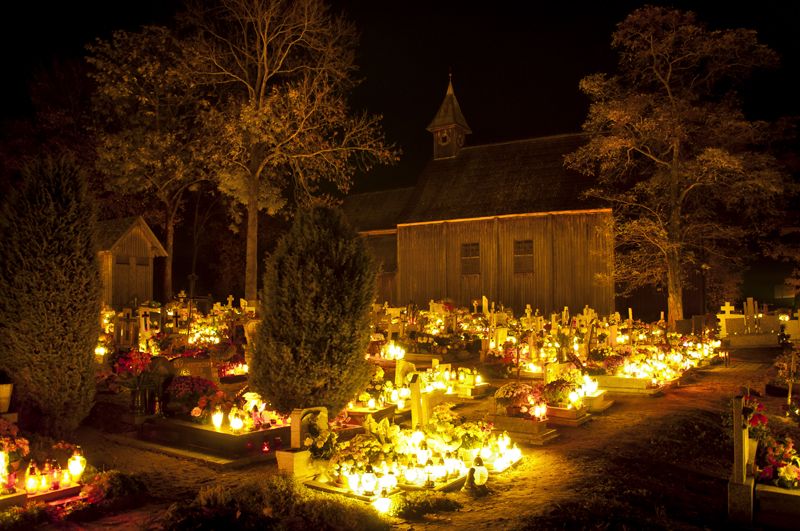