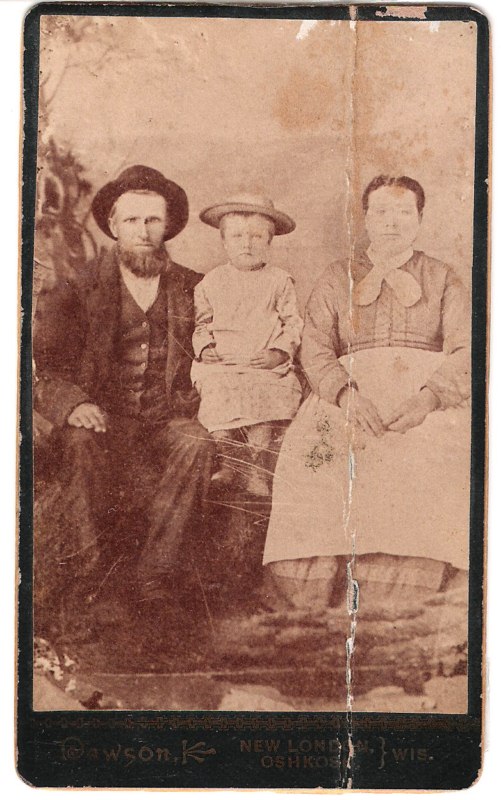 The thirteenth ancestor in my 52 week challenge is my paternal 3rd-great-grandmother, Maria (KLEGIN) BRAATZ.

The only documented evidence that I have seen of Maria’s birth was from her death certificate which states that she was born 15 Februrary 1842 in Schoenwalde, Germany. Trouble is that there is no modern city with that name and multiple historical cities with that name. Some basic research from other experts suggests that it may be somewhere in the northern area of Germany, as Klegin is a somewhat rare surname. Though, I also don’t know how solid the evidence is that her surname is actually Klegin as that is also from her death certificate, so it was given by a third party.

A glimmer of  hope, though, is that her son, my great-great-grandfather, Frank Braatz is listed as having been born in Bavaria, Germany. I did a search for Schoenwalde and Bavaria and it turns out that there is a municipality in Bavaria named Schönwald. I may be on to something.

She married Wilhelm BRAATZ at some point, probably the mid 1860s, and gave birth to their first child (and my ancestor) Frank. Shortly after, they decided to leave Germany and head to Wisconsin. On 15 June 1868, they arrived in New York aboard the Ship Auguste traveling from Bremen, Germany. They first settled in New London in Waupaca County, Wisconsin where their next child, William, was born. Next, their third and final child, Ida, was born.

They seemed to have stayed in Waupaca County as Maria passed away there in March 1890 and is buried there at Little Wolf Cemetery. Mysteriously, I lose Wilhelm after 1880. I’m assuming he passed away and is also buried there, but I have yet to find documentation on that.

I think the photo at the right is a photo of Wilhelm, Maria, and Frank as the photo was in a frame that my grandmother had. It was also labeled something like “Grandma and Grandpa Braatz” assuming it was originally in the possession of my great-grandmother as they look nothing like my grandmother’s Braatz grandparents. It’s also labeled as being taken in a studio in the New London/Oshkosh area of Wisconsin, where the Braatz family lived for quite awhile.