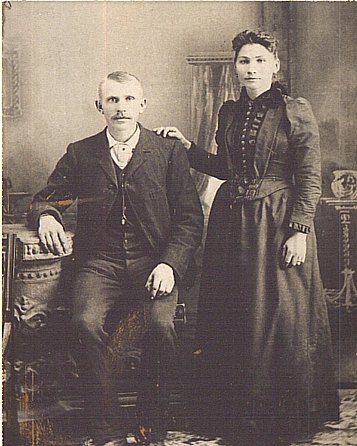 The forty-first ancestor in my 52-week challenge is my paternal great-great grandfather, Frank F BRAATZ.

According to his obituary, he was born 17 April 1867 in Bavaria, Germany, though there is some confusion as to where in Germany the Braatz family is from. His parents has listed birthplaces in other parts of the country. He immigrated to Wisconsin in June 1868 with his parents, Wilhelm and Maria (Klegin) Braatz. In the 1870 census, his family’s first after arriving, they lived in Caledonia, Waupaca County, Wisconsin.

Frank seemed to settle down a bit after he moved back to Ashland County in 1919, living in that area for the rest of his life, working on his farm.

He passed away on 10 July 1948 after a short illness at 81. He is buried at Mount Hope Cemetery in Ashland, Wisconsin.