You Can Call Me Charles 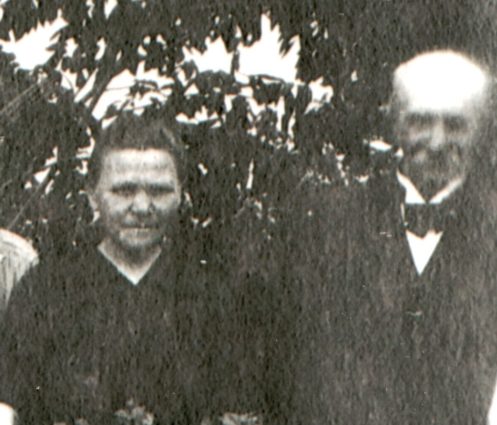 The second ancestor in my 52 Ancestors project this year is my maternal great-great-grandfather, Carl Friedrich Herman LAST, also known as Charles. I’m related to Charles via my mother → her father (LeRoy THIELKE) → his mother (Madora LAST) → her father (Carl LAST).

From the information we have, Charles was born in the small town of Döringshagen, Naugard, Pommern, Germany on 26 September 1851. This area is now known as Wołowiec, Zachodniopomorskie, Poland. He was the second child, and first son, of Johann & Charlotte (STRASSMAN) LAST. Even though I’ve found the baptism and marriage records for both of his parents, I have yet to find his baptismal record in the Germany/Prussia/Pomerania church records available online.

When Charles was 5 years old, his family left Germany and traveled to the United States from Hamburg to New York, arriving on 14 September 1857. From there they made there way to southeastern Wisconsin, settling in the town of Grafton in Ozaukee County.

Charles and his family lived in the Grafton area from 1860 through the 1880 census records. On February 25, 1883, Charles marries another German girl, Augusta LUEDTKE in Milwaukee, Wisconsin. I have yet to figure out why they were married 25 miles south in Milwaukee. It is possible that Charles was temporarily living there. I think Augusta lived there at the time, but I have no proof of that as she immigrated in 1881, just after the census record.

I think Charles and his family ended up taking over his parent’s farm as it seems they were in the same area in the 1900, 1910 and 1920 census records.

On June 5, 1926, Charles passed away at the age of 74, of what they labeled as “Apoplexy.” Today, they would probably call that a stroke. It is said to have been caused partly by senile dementia. He is buried nearby at Union Cemetery in Port Washington, Wisconsin.

There are a few other matches that overlap this area, but I have yet to confirm anything with them.