After getting more interested in the military history of my family tree due to the talks and searches I did on Saturday, I decided to try some other options. I usually don’t do a lot of searching on Google for family members, since I usually get a lot more misses than hits. I tried to narrow it down by using quotes and full names, locations, etc. Somehow, I had ended up on Google Books. I kept wanting to search their collection of books, so I decided to try now.

I had no luck finding anything on my grandparents in World War II. I then searched for my great-grandfather, Joseph ZALEWSKI, who was in World War I.  Unfortunately, his military records were destroyed in a fire in 1973 at the National Personnel Records Center – St Louis, Missouri, so it’s all been info based on word-of-mouth. But, lo and behold, what is this?

The first book I found was “Soldiers of the Great War.” Unfortunately, I couldn’t find his name in this book, but a lot of the text was very small. The second book was much more important, anyway. The second book was “The Official History of the Eighty-Sixth Division” published in 1921. On page 110, it listed a Joseph F Zalewski that lived at 900 Fratney St, Milwaukee, Wisconsin. That was my great-grandfather’s exact address in that time period. Success!

Now we know exactly what division and battalion he was in when he shipped off to Europe. He was part of the 86th Divison, Company B, 331st Machine Gun Battalion. I scanned through most of the book trying to find any other important information. It did mention that when they were shipped off to France in August 1918 that they never saw combat before being shipped back in November, due to the Armistice. Stories say that Joseph saw combat and was involved in some “major battles.” My guess is that when they “skeletonized” the 86th Division before shipping them back that Joseph was sent to another division. I still need to find this information, but at least I have much more to work with.

As luck would have it, I found a copy of this book on eBay by someone who was selling some of his grandfather’s military books. I was able to download a copy of the book in PDF form from Google Books, but having a hard-copy would be very cool.

So, again, repeating what I said in my last post about newspapers, never underestimate some of these lesser-known places for family information. They can be invaluable. 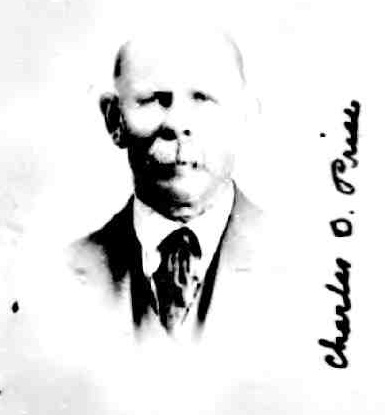