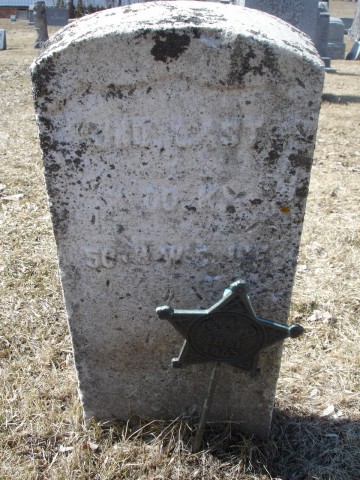 I was just reading up on this week’s WikiTree member of the week. Sometimes I learn new things or find new people to talk to about certain locations or subjects. In the post, she mentions using a site called ofb.genealogy.net. I thought I’d check it out since it is supposed to be good for German ancestry, which I have a lot.

From there, I found their GEDBAS site, which is like a database of family trees submitted by people. I searched most of my German surnames until I tried my LAST family and saw an entry for my 3rd-great-grandfather, Johann LAST.

His entry didn’t have any more information than I had since it looked to be pulled from the parish registers of Batzwitz/Barkow where I originally found his baptismal record from 1825. The record showed that he was born illegitimate and only listed his mother, Dorothea Sophia LAST.

What caught my eye on this record is that it listed a father for him, a man named Johann Friedrich Gottlieb SCHMITT. Interesting.

Instead of just entering that info into my database and calling it a day like 20-year-old Brian may have done, I looked more into the records and listed sources. This genealogy seems to have been gleaned from the parish registers and I knew where to find those.

It seems Johann LAST’s mother, Dorothea, had another illegitimate child in 1829, a daughter name Hanne Charlotte Karoline LAST. Then, a few months later in 1830, Dorothea married Johann SCHMITT. She continued to have 3 or 4 more children with Johann, all with the surname SCHMITT/SCHMIDT.

Based on historical evidence and the information in the records, it’s highly likely that Johann SCHMITT is Johann LAST’s father. More often than not the couple get married after an illegitimate birth, but the fact that Dorothea had 2 illegitimate children and Johann was born 5 years before their marriage makes me wonder.

I may never know who Johann LAST’s father is, but it is some interesting new information. You never know what you may find on a random day.