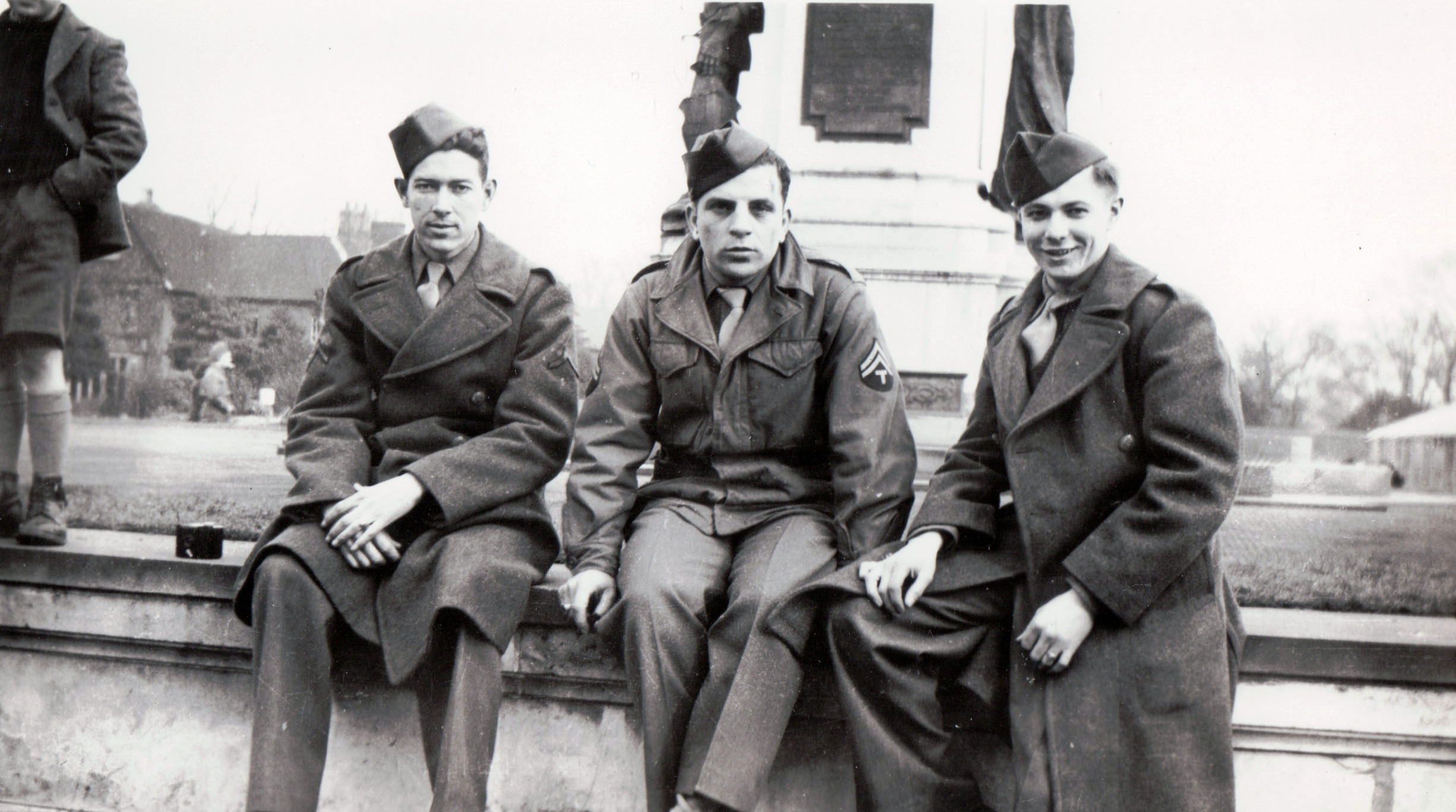 I’ve begun to start transcribing a lot of the documents that I have collected over the years. I’m starting on the letters that my grandfather, LeRoy Thielke, wrote home during World War II. The first letter I grabbed was the one he wrote to his mother when he was being shipped off to Europe. It’s heartbreaking and courageous to see him write that. I can’t imagine what he was feeling at the time.

Well I arrived here last night about 2:15 A.M. I slept almost all the way home. I had a seat all the way home or should I say back to camp. There were only a few fellows that had to stand and they usually sat on the arms of the seats. The train was a military special (G.S.)

It was a lot better that way because we didn’t have to transfer at North Chicago Junction. We had a mixed crew aboard. Waves, Wacs, Sailors, Marines, and of course Soldiers.

Well Mom, I got my wish. I’m pulling out in a few hours, 11:45 A.M. to be exact. According to the things we have to carry in our personal duffle bags, I think we’re going for a long ride.

We’re going on a troop train so I don’t suppose I’ll be able to write again until I arrive at the place we get off. There’s only one other kid leaving with me from our barracks, that is we’re leaving on the same car together, so we should end up at the same place. I’ve been talking to him and he’s a high school graduate too, so we both think we will get into something better than the infantry, we hope. I’d like to get into something that I can make a profession or career out of.

Mom, I’ll write as soon as I can and let you know where I am and also if I want my car jack up. Don would probably do it for me. Well Mom, Good Bye Now. You can write to me at the address on the envelope. I’ll get it.

On a side note. I updated, what I’m going to call, my Notes site. This is basically a wiki where I will post a lot of transcribed stuff since it’s a better spot to hold that kind of information. There are a few interesting things already on there.