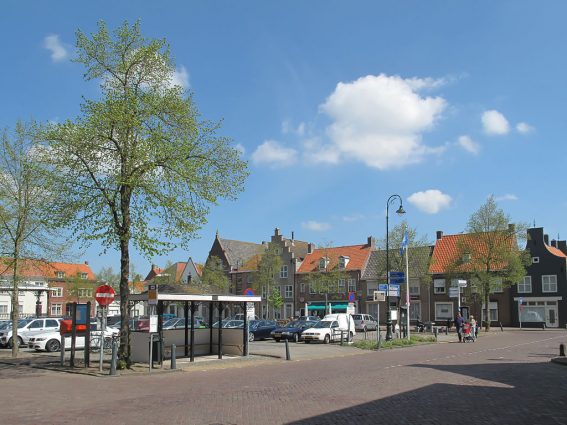 The Van Parijs line was one that was difficult to find until I found it, if that makes sense. I started with my great-grandmother’s maiden name of Van Price and that’s all I had for years. I could never find more information. Then one day I ran across a forum posting somewhere that stated that Price and Parijs are interchangeable since they have the same sound. Once I starting searching for Van Parijs, everything fell into place. Van Parijs roughly translates to “of Paris” which makes me assume the line originates somewhere in France, which makes sense since the the line is found in the Netherlands and Belgium.

Jacobus Bernardus Van Parijs was born circa 1810 in Watervliet, East Flanders, Belgium which is adjacent to the Dutch border. His parents were Phillipus and Anna (JUNIS) VAN PARIJS. On 21 May 1835, he married Janneke DEES in the IJzendijke, Zeeland, Netherlands which is on the southern side of the province. Their son, my 3rd-great-grandfather, Charles, was born in July 1846, the last of their 5 children.

Jacobus died not too longer after Charles’ birth on 1 January 1848 at the age of 38. I have no specifics on his death besides the record of it, so I don’t know what took him that young. In 1848, there were many diseases or accidents that could have happened. His son Charles is my main Dutch connection and my immigrant ancestor who took his family to America in around 1874.

In terms of DNA, I have not found any direct connections that descend from this line specifically, so it is unknown.